By 1883, the company had expanded considerably and had purchased the Lichfield Agricultural Company, with Joseph becoming its manager. The company was subsequently sold to Fredk. H. Burgess Limited and became one of its most successful branches. This is of particular interest bearing in mind the close association, which now exists between the companies.

Joseph was a pioneer of the cash register, or a it was then known “the detail adder.” He purchased one in 1888 for the Lichfield Agricultural Company four years after the National Cash Register Company was founded. Such was his inventiveness, that two years after his purchase, he wrote out a specification for “improvements in apparatus for checking, recording, indicating and totalling the amounts of cash receipts and analogous (similar or partial) operation.” In fact letters patent were taken out in 1890 but never used.

Returning to the company’s products, one contemporary press report of the Smithfield Show held at the Agricultural Hall, Islington, London in December 1884, said that the “Progress” double-action haymaker exhibited by Messrs. Bamford & Sons of Uttoxeter, “although a by no means newly designed implement faced us with a new hood. Its former bonnet was provocative of laughter and many who were bound to acknowledge its volume, felt difficulty in refraining from jocularity as one and other referred to it as a strange old cart.”

Clearly Bamfords were making their mark but it is evident that until 1885 the partners had very little assistance, either on the clerical or sales side of the business, and it was not until 1891 that they employed their first traveller to assist them in promoting sales throughout the country. He was Joe Beale senior, a well-known figure in the trade at that time, who joined the company from Messrs. Bentalls and there is no doubt that he played a large part in expanding the business.

1889 saw the introduction of a proper system of bookkeeping, as up to that time no audited accounts had been available. The first audited accounts appeared in September 1889 with, one suspects many of the figures being estimates.

The works manager at that time was one Joseph Battersby (tradition has it that he was of forceful character) to be succeeded in the early 1900s by Jack Ince, a man who became a great works engineer.

Alec Glynn, a highly skilled pattern maker and engineer, is another name that comes to mind, forming a trio with Samuel and later Joseph Bamford and his son Cyril, in developing the range of agricultural machinery offered by the company.

The press of the time reported that in 1890 Bamfords progress had been rapid “and it bids fair to endure for the goods they make are of tasteful design, and they have not hesitated to send machines away for approbation.” 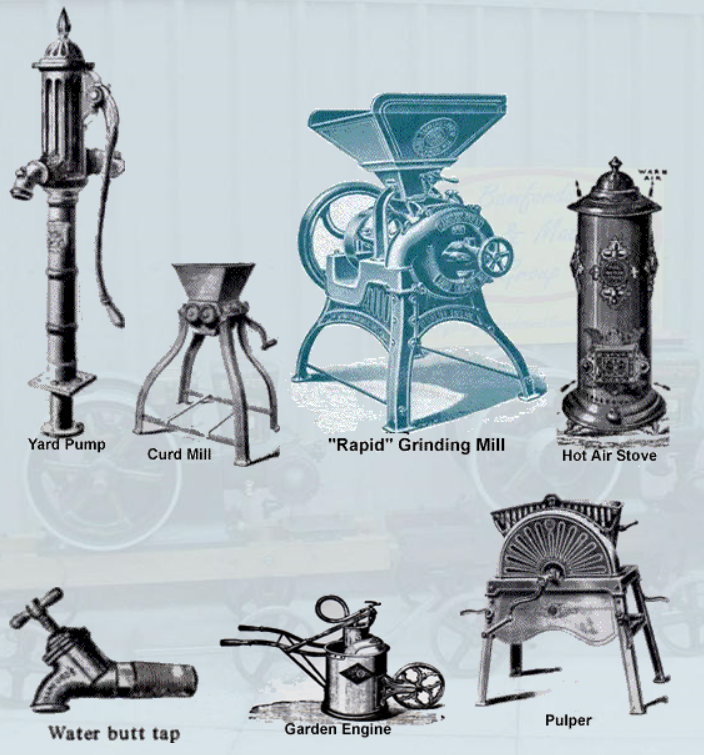