1912 was again a year for celebration when John Bamfords son, Henry John, came of age. The festivities for the townspeople started with the roasting of the carcase of an ox in front of John Bamfords home, Oldfields Hall, Uttoxeter. A salute of 21 “bombs” was fired from the grounds and in the evening, 800 works people were entertained with a meal in the new Leighton Ironworks extension.

1913 was a proud year for the Bamfords with the award of the Royal warrant as agricultural engineers to His Majesty King George V. Since this date, the company has held the Royal Appointment to every monarch, including our present Queen. Things were to change in 1914 with the outbreak of the First World War.

The company joined the Birmingham Central Munitions Committee in June of this year and 4.5 inch shells were machined in the works. An interesting comment from the minute book of the day states “It was decided not to go past operation II (on the 4.5 inch shell) until we are in a position to do so without sacrificing summer work.” Priority must be given to the manufacture of agricultural machinery! A further contribution to the national effort was the casting of hand grenade bodies in the foundry.

In 1915 Captain Oswald Bamford, son of Samuel and was also one of the partners, was killed in the battle of Loos —— he had enlisted with the North Staffordshire Territorials at the outbreak of the war. Records show that the proposed manufacturing programme for 1915 — 1916 was 2,000 side rakes, 1,750 horse rakes, 1,300 haymakers and 1,500 swath turners. It is noted, however, that this programme had to be modified in view of the stocks of completed machines left over from the previous year, but these figures give some idea of the production volume during the war years.

A major step was taken in 1916 when the business of Henry Bamford & Sons was converted into a Private Limited Company. The nominal capital of the company was £120,000 with a paid-up capital of £90,066 in £1 shares. Mr. Edmund Dobbins, who joined the partners in 1902 as secretary, was appointed secretary of the new company and held his position until his retirement in 1954.

Peace came in 1918, by which time 49 of Bamfords employees had lost their lives in the war, and with peace came the time for re-adjustment. Men from the forces had to be re-employed and re-trained, and the changing markets had to be assessed. Henry J. Bamford, always known as Captain Bamford and had served throughout the war, now returned as an active director concentrating mainly on the financial side of the business.

During this year, John Bamford, one of the original partners, died at the age of 65. He had been the first of the brothers to join Samuel at the works. His love of sport, particularly cricket, culminated in the opening of a new pavilion at the Oldfields cricket ground, where he arranged a number of cricket festivals, bringing to Uttoxeter the Australians, South Africans and representative MCC cricket teams. 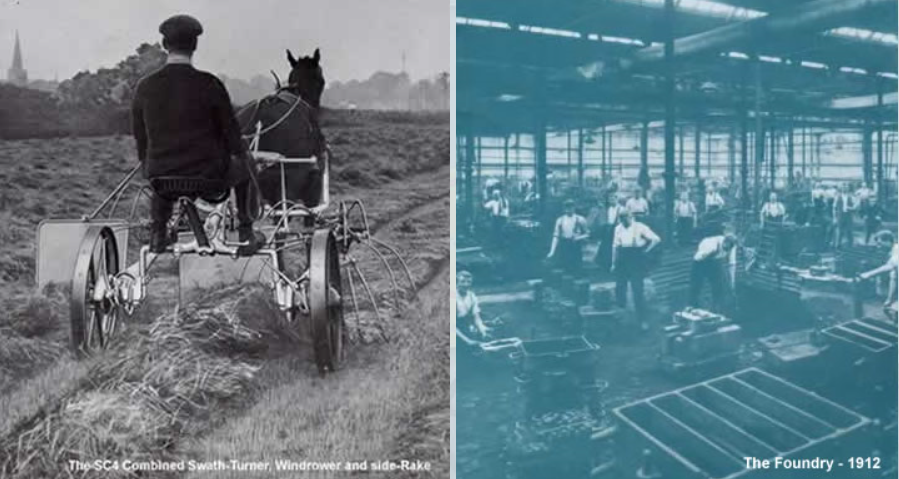