At the end of the war in 1945, one of the major problems was the necessity to install new machine tools in order to keep the company up to date. However, government policy at that time was to encourage exports of almost everything, including machine tools, meaning that foreign countries were able to obtain brand new machines whilst home manufacturers had to exist with government surplus. The only way to obtain the necessary machine tools was to attend the various sales held throughout the country and by extreme diligence in keeping up with these sales, the company was able to re-equip itself with up to date machinery.

Modernisation included the first assembly line at the Leighton works on which trailer mowers and a rear-mounted mower for the early Fordson tractor were produced. Assembly line methods naturally meant an increase in production and, in 1948, 8,000 mowers came off this line.
In 1949 the old blacksmith shop was demolished to make way for a new fabrication and press shop, and by 1952 a new office block was in existence. These new buildings and extensive re-tooling gave the company the ability to increase its output and it was at this time that it was decided to enter the growing pick-up baler market. A manufacturing agreement was made between Bamfords and the Long Manufacturing Company of Tarboro, U.S.A., whereby balers would be manufactured under licence. From this first machine, the BL60 produced in 1953, Bamfords have become one of the largest baler manufacturers in the country and these machines are now exported to more than 40 countries.
In 1954 production of the R2/RG2 finger type side rake and swath turners started and, to date, over 30,000 have been manufactured. This extremely popular machine will be remembered as the subject of a long and heavily publicised patent action.

1958 marked another milestone when Bamfords became a public company with an authorised capital of £1,000,000. Such was the standing of the firm and the state of the stock market that the issue was over-subscribed ten times.

To improve the range of products even further and to offer its dealers a wider franchise, the company decided to enter the combine harvester market in 1959. Design and manufacture were not deemed as practical propositions as neither sufficient space or labour was available, therefore arrangements were made to import the Clayson machine from Belgium. This arrangement proved very successful and was continued until 1964 when the Claeys Company was bought out by the New Holland Division of Sperry Rand. However Bamfords have remained in the combine harvester market and now offer the BM Volvo range from Sweden. 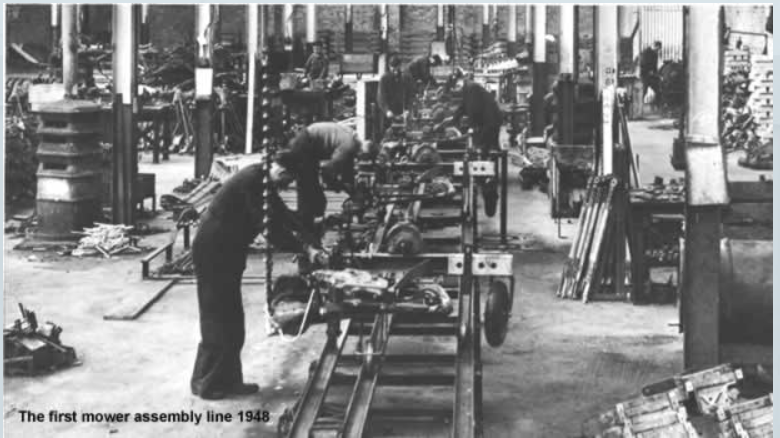