Towards the end of the 1950s it became obvious that the buildings in the Klondyke area of the works were nearing the end of their useful life and that the space was not being used to its best advantage. A major rebuilding plan was therefore embarked upon to completely transform this area of the works with a modern factory building. It was decided that the new area would be called the West Works and would cover approximately 250,000-sq. ft. of floor space.

This ambitious building programme was planned in three stages to avoid as much disruption as possible and took three and a half years to complete. The building contains modern semi-automated foundry, machine, fabrication and press shops with the necessary materials store and part-finished stores.

In planning the foundry, which was opened in 1961, it was decided that its capacity should be such that castings could also be made for outside customers and today high grade grey iron castings are produced for many well-known companies in the automobile, trailer, electrical and transmission industries.

In 1966 Bamfords entered the plough market when a marketing arrangement was made with Kverneland Fabrikk A/S of Norway for the sole importation into the UK of their popular range of ploughs. This arrangement has proved a great success and has resulted in Bamfords obtaining a large share of the market for the type of plough.

The company has always considered that exporting was an important part of its sales policy, and over the years has built up export in over 60 countries. 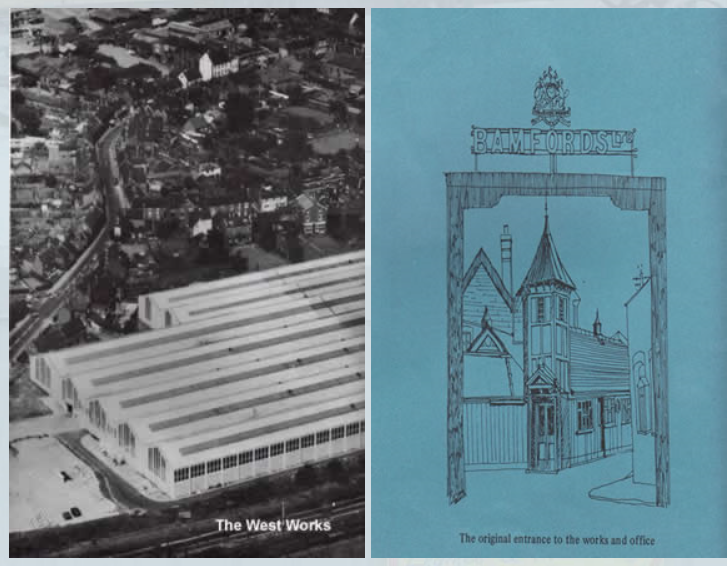